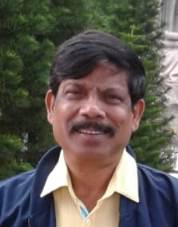 He has published more than 400 research papers on his credit and produced 31 Ph.D students. In 2016 Prof De has become an Emeritus Professor in the Dept. of Pure Mathematics, Calcutta University. He is the first Emeritus Professor in the Dept. of Pure Mathematics since the Department established. He has written 5 text books for undergraduate and postgraduate level, two of them have been published by Alpha Science Publisher, UK. Also he is a coauthor of the book „ A New Riemannian Geometry in 21st century“ published by Research Institute of Real and Complex manifold, South Korea. He is a fellow of the International Academy of physical Sciences, Allahabad and West Bengal Academy of Science and Technology.

Recently, he became an international member of Serbian Academy of Sciences. Prof. De has done his research work with more than 50 collaborators in India and abroad.

He is in the Editorial Board of several  Indian and foreign Math. Journals such as Kyungpook Math. Journal, Korea; International Electronic Journal of Geometry, Turkey; Bull.of Math. Analysis, Kosova; Facta Universities and Informatics, Serbia and many others.